Prerequisites for running Hive on MR3 on Kubernetes

In order to run Hive on MR3 on Kubernetes, the following requirements should be met.

Before trying to run Hive on MR3 on Kubernetes, check if swap space is disabled in the Kubernetes cluster.

For example, if every worker node has three local directories /data1/k8s, /data2/k8s, and /data3/k8s for hostPath volumes, the configuration key mr3.k8s.pod.worker.hostpaths in kubernetes/conf/mr3-site.xml should be set to /data1/k8s,/data2/k8s,/data3/k8s. (For more details, see Configuring Pods.) If kubernetes/hive/Dockerfile sets USER to foo, the user foo (with the same UID) should have write permission on these local directories. If the user does not have proper write permission, a query usually fails with a message No space available in any of the local directories. For updating the ownership or permission when ContainerWorker Pods start, see Running as a Non-root User.

For the sake of performance, all local directories on a worker node should reside on different local disks. That is, it does not improve the performance to use multiple local directories residing on the same local disk. The user should make sure that the local disks have enough space during the execution of Hive on MR3. For using emptyDir volumes instead of hostPath volumes, see Configuring Pods.

For using Kerberos for authentication, the following requirements should be met.

In general, we need two service keytab files and an ordinary keytab file to be specified by three environment variables in kubernetes/env.sh:

Kubernetes cluster with Hive on MR3

The following diagram depicts a Kubernetes cluster created with Hive on MR3 along with external components for a typical production environment. 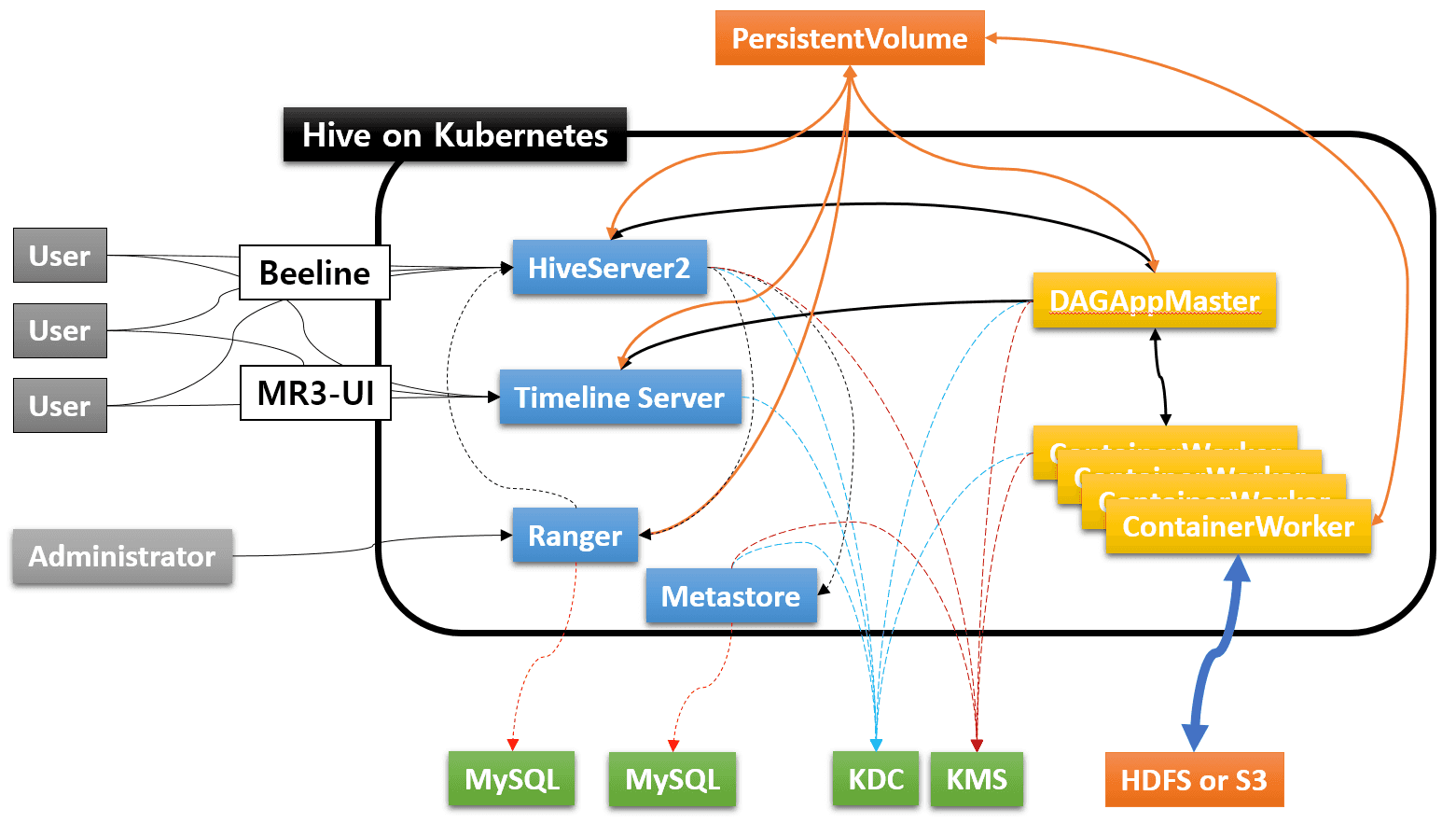 The rest of this section gives details on how to create a Kubernetes cluster based on the above setting and a few variations thereof. We assume some familiarity with key concepts in Kubernetes such as Pods, Containers, Volumes, ConfigMaps, and Secrets.