Grouping ContainerWorkers with the same characteristics 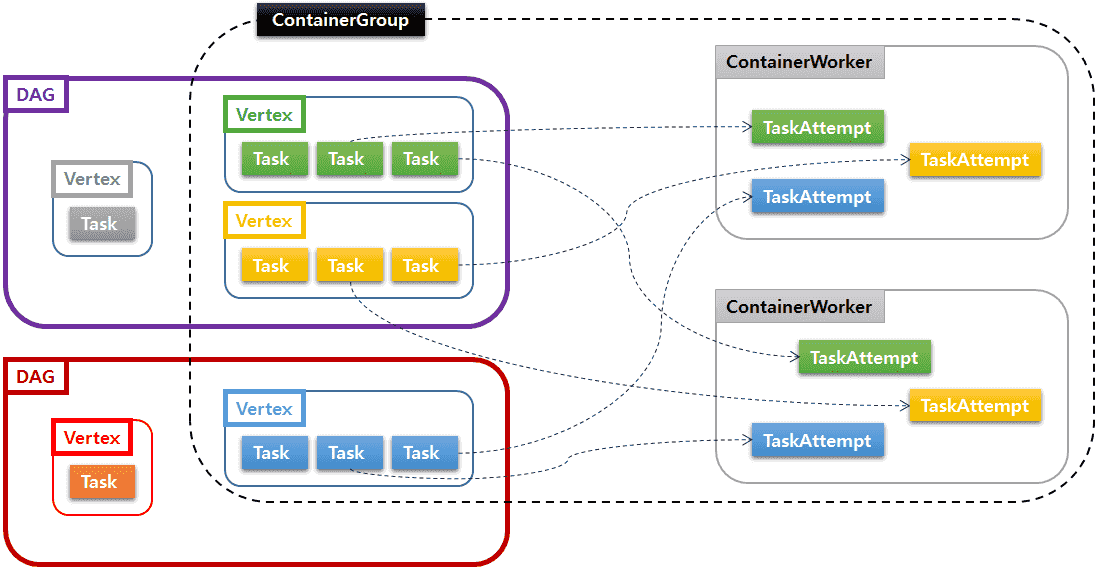 For executing a single DAG, we maintain the following invariant:

In the context of executing multiple DAGs in the same DAGAppMaster, MR3 allows the following rule:

In the second run, all DAGs share a single ContainerGroup, resulting in only 202 ContainerWorkers allocated during the lifetime of the DAGAppMaster. The total execution time also reduces from 6634 seconds to 4597 seconds. The reduction in execution time can be attributed to dispensing with the cost of creating ContainerWorkers.