By allowing the user to attach custom DaemonTasks to ContainerGroups, MR3 facilitates the implementation of new services running in the background, or daemon services. 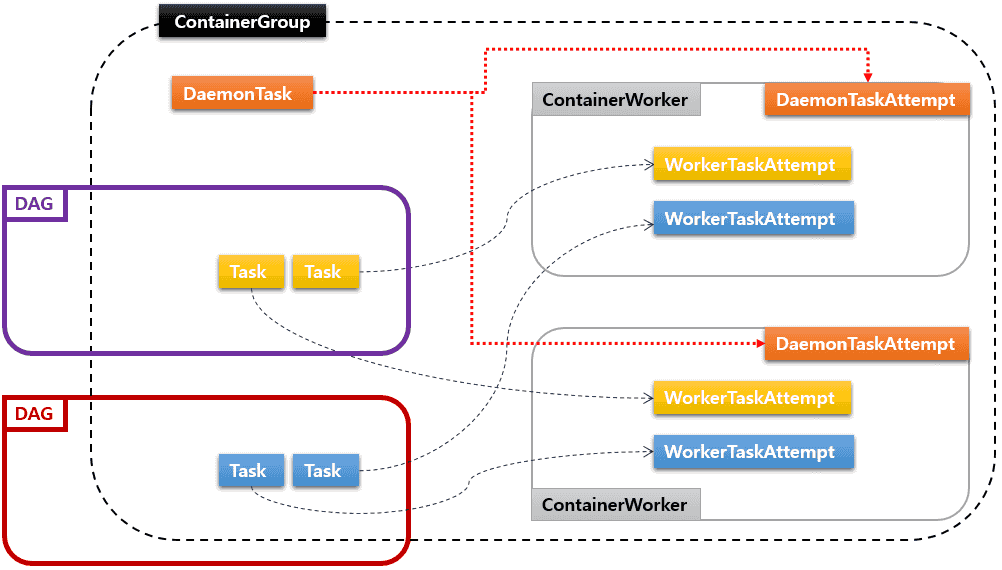